There was a time when smartphones use to be hydrophobic and consumers use to beg for water resistant features in their devices. Hearing to the consumer’s demand most of the smartphone manufacturers dived into manufacturing hydromaniac handsets. Thanks to advances in this field, the water-resistant coatings and seals have sneaked into the mainstream smartphones which were once exclusive for extra ugly bulky rugged phones. When it comes to water resistance smartphone the first brand name that strikes to our mind is Sony, but surprisingly there are manufactures like HTC, Motorola and Samsung beside others who aggressively followed the footstep and launched their smartphone with high end specs and water resistant technology.

Here we list you top 5 water resistant smartphones priced sub 30K available right now in India with IP rating. IP rating is a test certification to measure a device’s resistance levels to both dust and water. 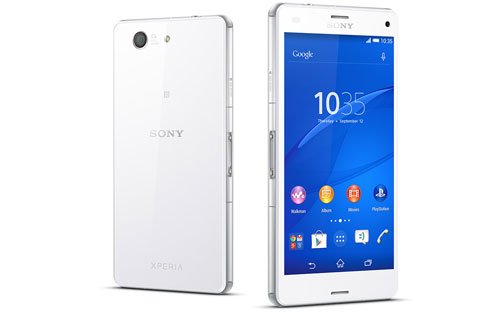 Alongside the Xperia Z3 Sony launched its miniature variant of the smartphone named Xperia Z3 Compact last year in September which is now available for Rs 29,389.  The IP65 and IP68 certification makes the handset dust and water resistant which means the smartphone can handle dips in the sink, calls in the rain and pictures in any weather. You can swim through fresh water with the smartphone for up to 30 minutes and dive down with it to 1.5 metres. Do remember before diving in the water all the covers for the micro USB port, the nano SIM slot and the memory card slot must be firmly closed.

It features a 20.7MP rear camera with Exmos RS sensor, HDR photos and videos, 4K video recording and a 2.2 MP front camera with 1080p video recording capability. The handset measures 8.6 mm thick and weighs only 129 grams and packs in a 2,600 mAh Battery with STAMINA mode functionality. 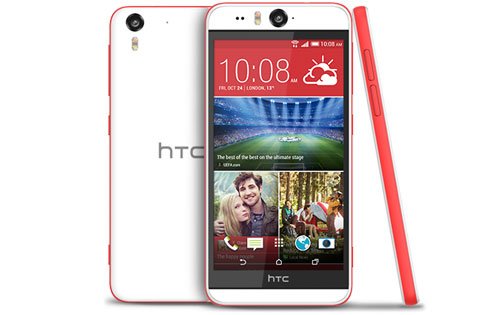 Priced at Rs 27,100 HTC Desire Eye is the first waterproof smartphone from house of Taiwanese firm.  With IPX7 standards the smartphone is dustproof and water resistant up to 1 metre for up to 30 minutes, it lets you carry the handset without fearing of any accidental spills and splashes.

The HTC Desire Eye boasts of a 5.2-inch full HD LCD display and runs on Android 4.4 KitKat. It is powered by a Qualcomm Snapdragon 801 processor paired with 2GB of RAM.

The smartphone features 13.0-megapixel cameras on both front and back sides of the device with dual-LED flash. The rear camera features an f/2 aperture and a 28mm lens whereas the front camera features an f/2 aperture with a 20mm lens. Both the cameras can shoot [email protected] videos.  Other features in the device include HTC Boomsound Front-facing stereo speakers, 16GB of inbuilt storage and a 2,400 mAh Li-Po battery. 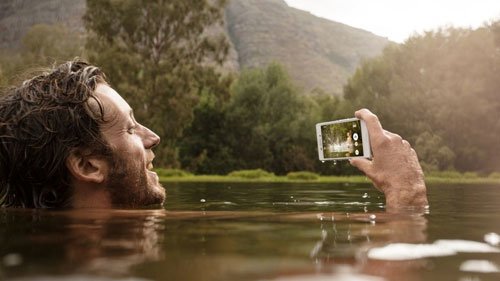 If you are looking for smartphone with water resistant feature then what could be better than Xperia M4 Aqua from house of Sony. As the name Aqua itself suggests the smartphone is completely hydromaniac.  Available at Rs 24,990 Xperia M4 Aqua has IP rating of IP65/68. This is a standard that measures a device’s resistance levels to dust (IP65) and water (IP68 – both for splashes and submersion). But before using your smartphone in pool of water remember to firmly close all ports and attached covers.

The dual SIM handset features a 13MP autofocus rear camera with Sony Exmor RS sensor with F2.0 and ISO 3200 sensitivity, 5MP front-facing camera and 16GB of internal storage that is expandable via microSD card up to 128GB. It packs in a 2,400 mAh battery with Stamina Mode 5.0 it can deliver up to 13 hours of talk time and up to 779 hours of standby time. 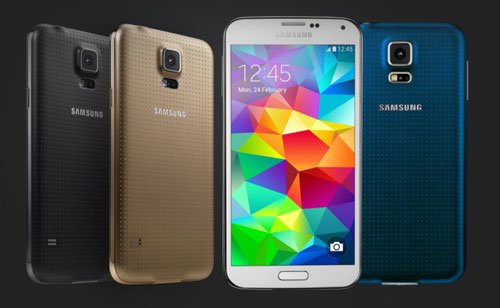 The flagship smartphone of 2014 Galaxy from house of Korean tech giant Samsung is fast looks nice and is water resistant. The handset is available via online retail store in India for Rs 22,999.

The Samsung Galaxy S5 with a dust and water resistant (not proof) plastic body supports 3G connectivity and carries 16GB of storage space. The IP67 certified smartphone can be submerged up to 1meter water for 30 minutes. But before taking the device in water remember to close the plastic flap that covers the USB port.

The handset features a 16.0-megapixel rear camera with autofocus speed up to 0.3 seconds and 2.1-megapixel front facing cameras.

It comes with Finger Scanner, providing a secure, biometric screen locking feature and features an ultra-power saving mode that turns the display to black and white, and shuts down all unnecessary features to minimize the battery consumption. 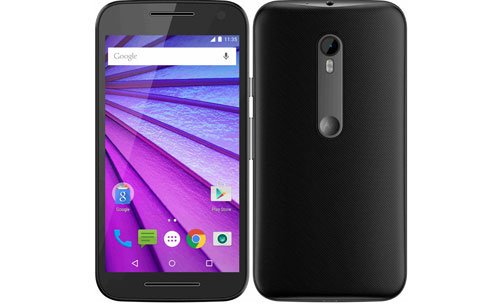 Lenovo owned Motorola launched 4G enabled 3rd generation of Moto G for Rs 11,999 last month in July; it is one of the best budget waterproof phone you can buy right now in India. The IPX7-rated water protection keeps the new smartphone safe from splashes and drops in water; it can withstand immersion in 3 feet water for 30 minutes. Even if you accidently drop your smartphone into a pool or sink, just dry off your phone and keep going. However, the back panel doesn’t fit cosily, so you will find droplets of little water inside the phone on the back every time you accidently drop in water or get drenched in rain.

The Dual SIM handset comes with 4G support and runs on Android 5.1.1 Lollipop OS. Motorola Moto G (3rd Gen) is powered by a 1.4 GHz quad-core 64-bit Snapdragon 410 coupled with 1GB/2GB of RAM. The internal storage of the device accounts to 8GB/ 16GB and can be expanded further up to 32GB using a microSD card. 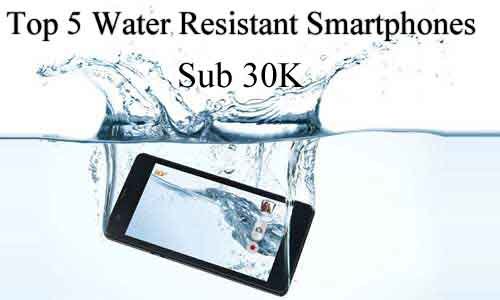