Selfie is the new sensation that is taking a toll on the smartphone crowd. We all love to capture selfies, dualfies and groupfies using our smartphones. Nowadays, at the time of purchasing a new smartphone the customers make sure that the device has a good front camera as they want their selfies to look beautiful. However, with the lots of options in the market they tend to get confused as which is the best one. So, to solve all your problems we bring for you a list of 7 best selfies smartphones under the price bracket of Rs 20,000. Read on to decide which one is for you! 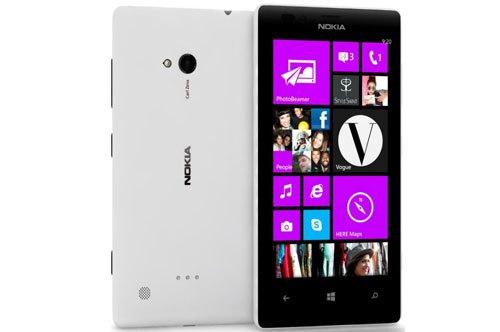 The Finnish manufacturer Nokia has always been known for its sturdy and durable smartphones. Along with this, the Nokia devices have also been the talk of the town for its camera capabilities. The Nokia Lumia 730 is one of the best selfie smartphone offered by the manufacturer. The smartphone came with a 5.0-megapixel front facing camera along with the 6.7-megapixel rear camera with LED flash. Both the front and back camera mode has features like Single Shot, Burst Mode, Video and other setting options. Lumia 730’s front camera comes with a 24mm wide angle lens and is best known as Made for Selfies. The use of 24mm wide angle lens in the front camera allows to snap a perfect groupfies, offering a decent output.

The Nokia Lumia 730 features a 4.7-inch OLED display with 1280×720 pixels resolution protected by Corning Gorilla Glass 3 on top. The device is powered by a 1.2 GHz quad-core Qualcomm Snapdragon 400 processor paired with 1GB of RAM. The internal storage of the smartphone stands at 8GB, which can be expanded up to 128GB using a microSD card. The device runs on Windows 8.1 operating system and packs in a 2,000 mAh battery. The Nokia Lumia 730 is available at a price tag of Rs 12,350. 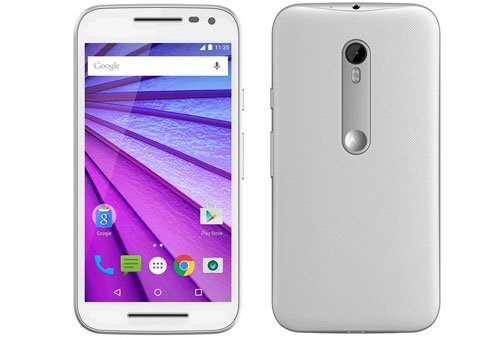 Motorola, the Lenovo Company, has received appreciation from everyone for the quality of smartphones they introduce. The Moto G series of the company has been a hit amongst the smartphone crowd. The manufacturer recently introduced the 3rd Generation device of the Moto G family with a price tag of Rs 12,999. The smartphone hogged a lot of limelight for its specifications and the camera capabilities. The Moto G 3rd Gen flaunts a 5.0-megapixel front camera and a 13.0-megapixel rear camera with dual LED flash. The front camera of the device is designed to capture best selfies and is a lot better as compared to its predecessor. The image quality of the sefies captured is much better as compared to the other smartphones in the same range.

The Moto G 3rd Gen consists of a 5-inch HD display with 1280×720 pixels resolution protected by Corning Gorilla Glass 3 on top. The smartphone comes with dual SIM functionality and runs on Android 5.1 Lollipop operating system. Powering the device is a 1.4GHz quad-core Snapdragon 410 processor coupled with 2GB of RAM. The internal storage of the smartphone accounts to 16 GB which can be expanded further and it houses a 2,470 mAh battery. 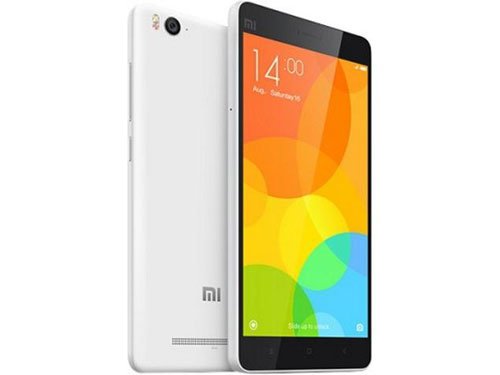 The Chinese smartphone manufacturer Xiaomi has garnered a lot of attention in the Indian smartphone market with its devices. Witnessing its success the company introduced yet another good device called Xiaomi Mi 4i in the Indian market with a price tag of Rs 14,999. The smartphone offers one of the decent front cameras for clicking selfies. It comes equipped with a 5.0-megapixel front snapper and a 13.0-megapixel rear camera with LED flash. The front camera provides some of the great shot, and the company has also incorporated some new features and beautification section to it. The camera is capable of producing good outdoor and indoor selfies without much noise.

The Xiaomi Mi 4i runs on Android 5.0 Lollipop operating system and consists of a 5-inch display with 1080×1920 pixels resolution. The smartphone is powered by a 1.7GHz quad-core Qualcomm Snapdragon 615 processor clubbed with 2GB of RAM and 32GB of internal storage. The device offers dual SIM capability and packs in a 3,120 mAh battery. 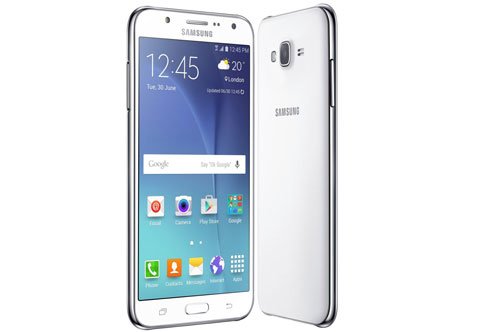 The South Korean smartphone manufacturer Samsung has earned an important position in the Indian smartphone market. The company tries to cover all the various price segments by launching some of the interesting devices. Samsung recently expanded its 4G smartphones and launched the Galaxy J7 at a price of Rs 14,999. The smartphone is a gaming beast and is also garnered accolades for its camera capacities. The Samsung Galaxy J7 sports a 5.0-megapixel shooter at the front end and a 13.0-megapixel rear camera with LED flash. The smartphone comes with an improved front camera that is best suited for the selfie freak crowd. The camera also consists of Wide Selfie shot feature and has flash on the front panel to make it easier for the users to capture selfies during the night.

The Samsung Galaxy J7 runs on Android 5.1 Lollipop operating system and is powered by quad-core Qualcomm Snapdragon 615 processor. The smartphone offers 1.5GB of RAM and 16GB of internal storage that can be expanded further using a microSD card up to 128GB. It flaunts a 5.5-inch Super AOLED display with 720×1280 pixels resolution and houses a 3,000 mAh battery. 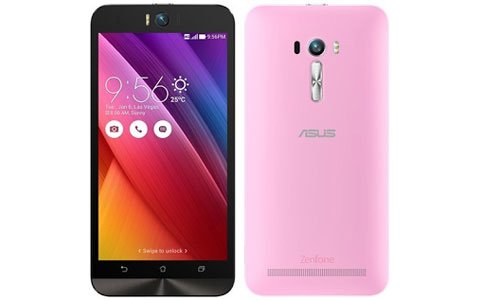 Keeping in mind the selfie trend the Chinese smartphone manufacturer Asus launched a device called Zenfone Selfie for Rs 15,999. The smartphone is primarily designed for the selfie lovers who help in capturing great selfies. The Aus Zenfone Selfie sports a 13.0-megapixel front and rear camera accompanied by flash on both the sides. The front camera supports all the various photography modes ranging from HDR to Pro. The device captured amazing selfies both in outdoor and indoor locations; however, a bit of noise was observed in the selfies taken under bright light.

The Asus Zenfone Selfie features a 5.5-inch full HD display with 1080×1920 pixels resolution. The device is powered by a quad-core Qualcomm Snapdragon 615 processor clubbed with 2GB of RAM and 16GB of internal storage. The device runs on Android 5.1 Lollipop operating system and packs in a 3,000 mAh battery. 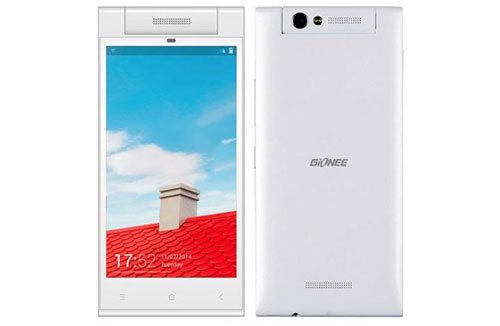 The Chinese smartphone manufacturer Gionee has always delivered some of the decent smartphones with good camera capabilities. The Gionee Elife E7 mini smartphone of the company comes with a rotating camera and offers some high quality selfies. The smartphone comes with a 13.0-megapixel rotating camera with LED flash. The company has also incorporated the smile and gesture shot mode to make it simpler for the users to click selfies. There is no doubt that the device produces decent images, but the quality of the pictures deteriorates when taken in low light condition. The smartphone also offers various filters and modes including the beauty mode that further enhances the image quality. Along with this, the camera also offers various customizable options to which helps in improving the photography experience.

The Gionee Elife E7 Mini runs on Android 4.2.2 JellyBean operating system and is powered by a 1.7GHz octa-core MediaTek processor. The smartphone consists of a 4.7- inch HD display with 1280×720 pixels resolution. The smartphone comes with 16GB of internal storage that cannot be expanded further and packs in a 2,200 mAh battery. The smartphone can be purchased at a price of Rs 10,999. 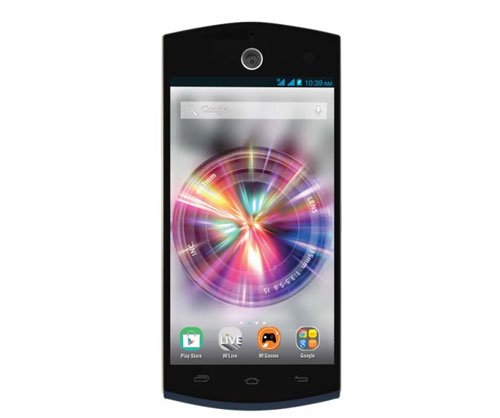 The domestic smartphone manufacturer Micromax also tried to cash in the selfie trend and introduced its selfie-centric smartphone called Micromax Canvas Selfie 3. The company has not yet revealed the pricing details of the device, but it is available online for Rs 10,299. Canvas Selfie 3 sports a 4.8-inch AMOLED display with 1280×720 pixels resolution protected by Corning Gorilla Glass 3 on top.

A reader at heart, this girl loves to express through writing. Her ears perk up as soon as she senses any tech molecule in the air. With the ability to use and navigate typical technologies she becomes a complete tech enthusiast. This post graduate in Mass Communication lives in the world of gadgets. Fiction, history and cartoons keep her busy in the free time. Her urge to grow mixed with excellent writing skills forces us to have her as a part of our workforce.